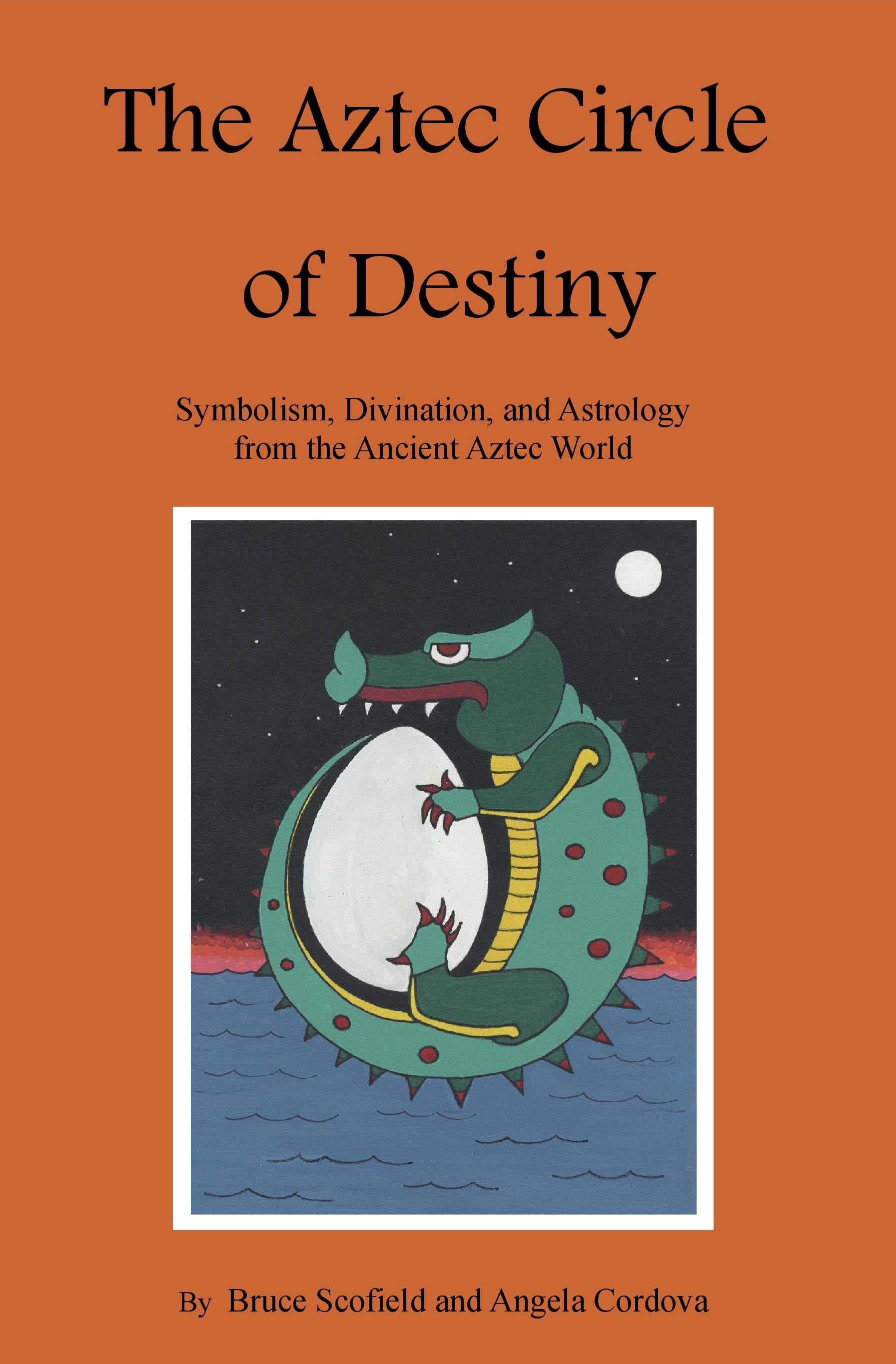 The Aztec Circle of Destiny

by Bruce Scofield and Angela Cordova

The Aztec Circle of Destiny was published in 1988 by Llewellyn Publications. It was one of the very first publications devoted to the complex astrological-divinatory system used by the Maya and Aztec peoples in pre-Columbian times, and it was an early example of a divination system packaged as a kit. Llewellyn Publication's Aztec Circle of Destiny consisted of a 218-page book on Aztec divination and astrology, 20 cards, and 13 wooden chips.

The cornerstone of the set was 20 cards, envisioned by Mexican-born psychic Angela Cordova and Bruce Scofield that depict the 20 day-signs of the Aztecs. Each full-color card displays symbolic images reflective of the nature of the day-sign using early post-Conquest style artistry. The 13 numbers are were printed in Maya bar-dot fashion on 13 chips contained in a small sack.

Today The Aztec Circle of Destiny lives again! Llewellyn has sent us the remainders of cards and chips. We also have the second edition text, which is a great improvement on the original book but has never been published, available as a 6 x 9 paperback 146-page book.